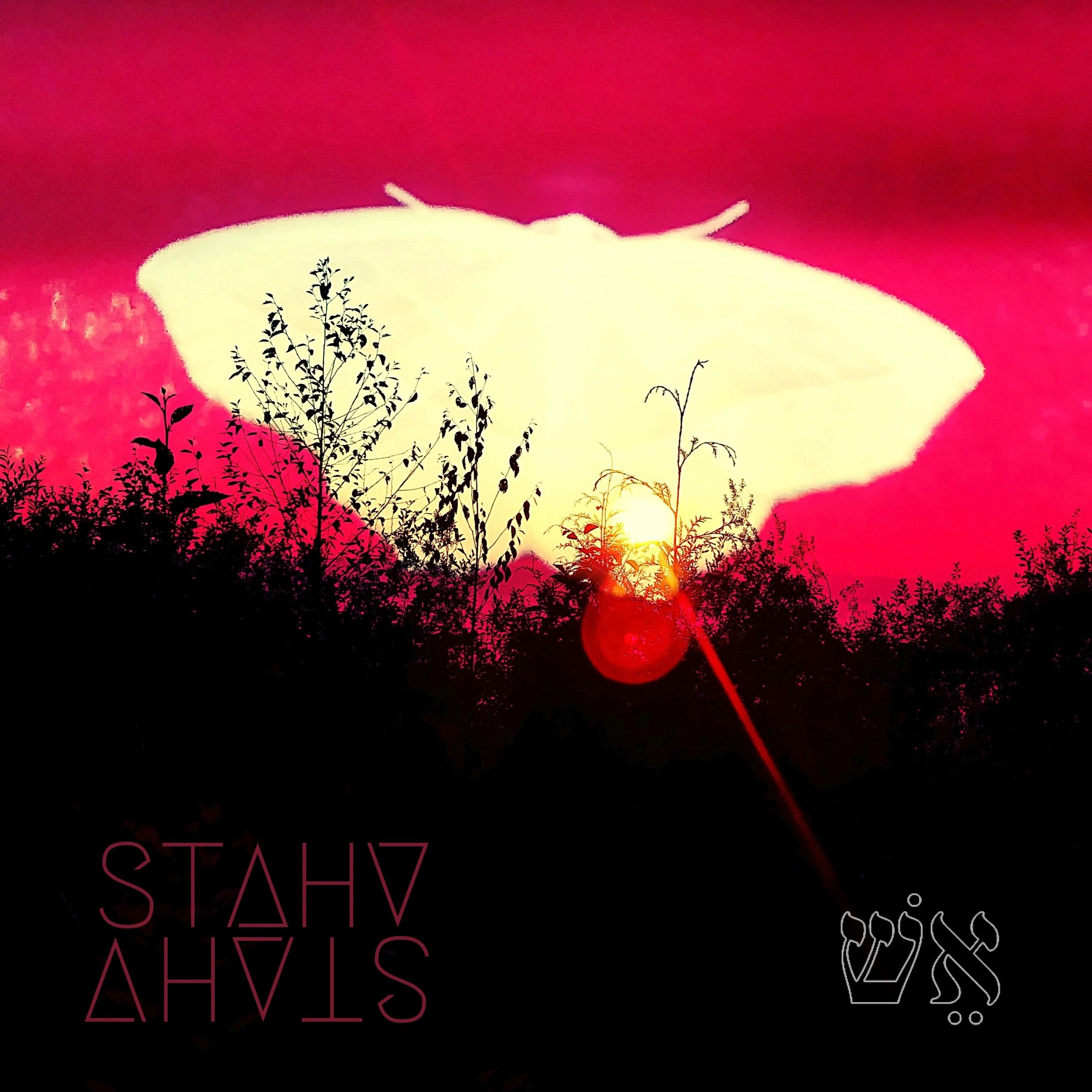 In early March of 2020, STAHV played its last show before lockdown with Sorcia and Grim Earth. It was a loud, cathartic night of rock music. STAHV was coming off dates with The Obsessed, The Well, and R.I.P. and had a new EP out called The Sundowner. That night at Slim’s Last Chance Saloon in Seattle, I was afraid to hug people, but I did a few times anyway. It was hard not to. This was a metal gig, after all. Plus, things were different.

Then everything changed. We all went inside our houses. Nothing was normal. Livestreams permeated my feed; obsessions and fears flooded my mind. During this chaotic time—when grocery shopping felt like a heroic act and reading the news a baptism by blood—I recorded the 18 or so minutes of music on אֵש.

And I put them away.

As the world reeled from COVID-19, the actions and inaction of our unforgivably inept president, and the righteous unrest (not to mention the collective Caucasian soul searching) of the Black Lives Matter movement, I didn’t look at this music. Instead, I learned cover songs, read books, immersed myself in work, tried to keep my head on straight. Until last week, when everything went up in smoke and flames. Like a moth, I got drawn back to these three odd tracks.

I finished them in a flurry. Six months on from their genesis, I knew exactly what to do with the songs. This wasn’t as difficult as the other STAHV recordings. On the prior two releases, I didn’t know what I was carving away to find. The resulting sounds were mysterious, unexpected. This time, I could see the product and kept pushing until it revealed itself. The end product has more heart, more loneliness, and more synthesizer.

So many members of our community are hurting: the venues, bands, singer-songwriters, independent agents. I won’t charge money for the music on this EP. Anything I make from it will go back to other artists. In truth, I love supporting music as much as—likely more—than I do making it.

Esh means fire in Hebrew. It’s the only name this EP could have.

On February 21st, 2020, STAHV released The Sundowner EP, a 22-minute head trip dusted with traces of Meddle-era Floyd, Oxbow-style polyrhythms, bleak post-metal atmospherics, and auditory hallucinations a la Can. The Sundowner is the followup to STAHV’s self-titled 2017 debut which Willamette Week described as “a seven-song smorgasbord of cinematic glory that blends guitar loops with lush synths to create bombastic modern soundscapes." The band will be supporting the release with live dates opening for King Buffalo, R.I.P, and others.

A post-metal solo project by multi-instrumentalist Ari Rosenschein, STAHV expands its palette on The Sundowner to incorporate slide guitar, synth textures, even a smattering of vocals—new for the primarily instrumental act. The EP will appear on all streaming platforms with a limited-edition cassette version arriving via Solid 7 Records (Sons of Alfa Centauri, Yawning Man, Gary Lee Conners of the Screaming Trees).

The Sundowner’s opening salvo, “The Voyage of the Dawndraper,” pushes off the dock with odd-metered riffs and unhinged vocals. The Obelisk called the song, "a quick instrumentalist run through a variety of anti-genre influences, maintaining a heft of atmosphere while exploring further reaches of echoing guitar in darkened progressive form."

Echoes and Dust praised last year’s single “All-Seeing I” for evoking “the heady stylings of Ash Ra Tempel, a controlled groove spiraling off into previously unknown soundscapes.” Included on The Sundowner, that track is a jumping-off point for the rest of the EP which takes STAHV into darker dimensions. At seven and a half minutes, the penultimate “Evhgot” incorporates both contemplative passages and frenetic soloing.

"These monolithic instrumentals also blend trace elements of post-rock, psychedelia, and esoterica. Unlike most of today’s doom disciples, Rosenschein was at ground zero from act one, scene one. His early 1990s bands played with Sleep, Neurosis, and Kyuss."

"STAHV succeeds where most of its ilk fail. Unlike most instrumental one-member doom bands, his first self-titled album holds my interest from beginning to end."

"A controlled groove spiraling off into previously unknown soundscapes."